real treasures
on your spade
real colours
on your plate

While London closed down to protect itself from the 2020 coronavirus, I was cut off from my job and from the internet for a while. (This blog ran on as pre-scheduled.)

I was very fortunate to spend many hours outdoors, working in my garden or walking under the countless trees and along the hidden rivers of London, and through the suburban roads, cleared at last of traffic and crowds. Spring brought splendid sunshine, as if it were already high summer.

There was time. There was air. There was life. For many who were not ill or caring for those who were ill, this must have been one of the best times of their life. 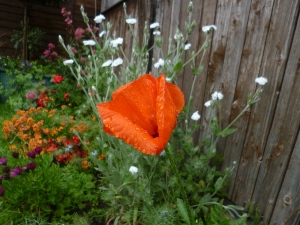 Pluck the hour,
pluck the day,
golden-green or
silver-grey.

This silvery, surging, curling sound:
the whispering leaves
of the urban trees…
O listen, O listen and look around:
the silvery greens
like a dream of the seas…
And fading away as soon as found. 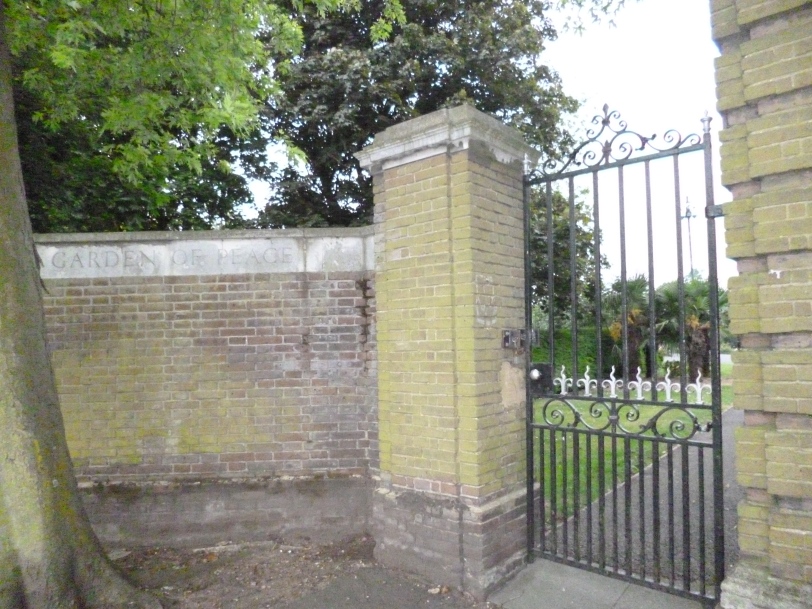 Bloomsbury, on the Ides of May

I will remember: it was on the Ides of May,
the light was lingering late, still bright behind
the fading curtains of clouds, ready to burst
into colourful banners; so were the buds in the parks.
Short were the shades of the columns and those of the crowds
ceaselessly weaving around the corners of concrete.
I will remember the weary assembly of tombstones,
too weathered to count as a witness, the lime-green life
pushing out from the cracks, the benches eager for laughter,

the birds’ unheeded, untiring, Vespers to God.
See: I lay down the unspoken secret in verse.

The Opposite of Snow

The first poem compares blossom to snow, the second declares it the opposite of snow. Both could be a description of a beloved person: delightful or even delicious like gingerbread…

Amidst a day of darkness,
amidst a life of fight,
the pillars and the organ
build up a vault of light.

Somebody must be present
to hear the silent screams!
There’s help past understanding,
there’s hope beyond all dreams.

But where do you keep hiding?
O Lord, who has left whom?
Dispense a drop of mercy
on each of us this noon.

The End of Lent

There’s more to life behind the troubled scene,
more light than mighty, timeless words can mean:
there is a truth that never lies,
a truth that fills the earth
with fragrant breath.

There’s more than we can fathom and esteem,
or ask for, seek for, need, desire, dream:
there is a love that never dies,
a love that will give birth
in very death.

Children of the sun and moon

When we drift through ink-blue dusk
under the twigs of moon-white blossom,
under the crystal orbs of street-lamps,
under the shadeless signals of neon,

when we slide across concrete squares
and sail around sharp and rounded corners,
restless and vigorous, at home in the dark,
at home in the city, nocturnal birds,

You beat me to the window seat, 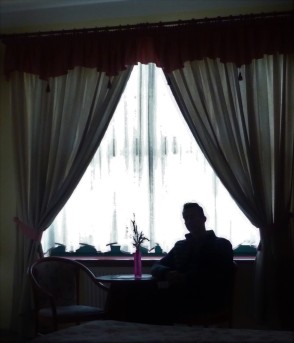 the secret poets’ nest;
you watched the broad and busy street,
a highway on your quest.

You beat me to the poets’ prize,
without a rhyme or form:
you saw the faces floating by
in the approaching storm,

you caught the litter and the leaves,
the puddles and the birds
and strung them as bizarre bright beads
on your vibrating verse.

The poem has its origin in a coffee bar in a busy high street in London. It was published in the Tottenham Community Press (print issue of December 2018).

The elusive poet in a window seat. Photograph: Christina Egan © 2017.

its random roar
its lazy contempt
its glacial loneliness 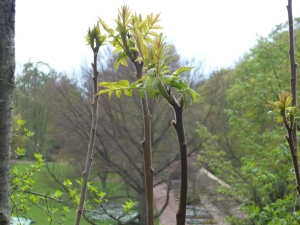 around a seed
already unfurling
and then: uncurling

I am at Home in the Darkness

I am at home in the darkness.
At least, dreams shine more brightly here,
lanterns among phantoms,
gold grains in the drifting sand.

Only my dreams
are real,
are true.

All those who wish to die
crave for life, life, lost
in this cavern of wandering shades,
crazed by the thirst for a garden.

Only those who wish to die
are aware,
are alive.

I assume that very, very often when someone feels they want to die or are about to die, they are simply physically unwell — or simply overtired — or simply literally in the dark. If this insight informed our science and our society, we could manage our lives so much better.

The date these three poems were written is significant: it was mid-February, which is when I (like everyone in the northern hemisphere) feels the dark and cold most bitterly, because halfway between winter solstice and spring equinox, the various reserves of our bodies are dangerously low. From late February on, things get better, and this is not a mental phenomenon (little flowers can, after all, not cure leaden fatigue) but a physical fact. 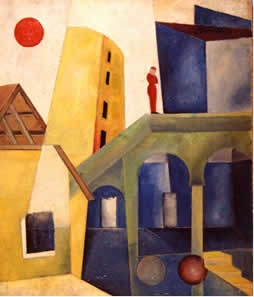 If only I could fly
across the icy sky
into the dying sun,
so all my tears,
my wants and fears
and wanderings would be none.

If only I could fall
into the fiery ball
and warm and melt away,
and then be shot,
a sparkling dot,
into a new-born day.